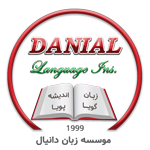 A few old couples used to get together to talk about life. They had a good time. One day, one of the men, Harry, started talking about a fantastic restaurant. He went to this restaurant the other night with his wife.
“Really?” one of the men said, “What’s it called?”
Harry thinks for a few seconds and says, “What are those good-smelling flowers called again?”
“Do you mean roses?” the first man asked.
“Yes that’s it!” and he looked at his wife and shouted, “Rose! What’s the name of the restaurant we went to the other night?”

* What Do Beer and Women Have in Common?

Scientists have recently discovered that beer contains a little of female hormones. This was proved when 100 men were given 12 pints of beer. Scientists observed that a surprising percentage of them started talking nonsense and couldn’t drive.

* Boy With a Monkey

A boy with a monkey on his shoulder was walking down the road when he saw a policeman who said, “Now, now young boy, I think you should take that monkey to the zoo.”
The next day, the boy was walking down the road with the monkey on his shoulder again when he saw the same policeman. The policeman said, “Hey boy, I thought I told you to take that monkey to the zoo!”
The boy answered, “I did! Today, I’m taking it to the cinema.”

* God Will Save Me

The new employee stood before the paper shredder and was looking confused.
“Do you need some help?” a secretary asked.
“Yes,” he replied, “how does this thing work?”
“It’s simple,” she said, taking the fat report from his hand and putting it into the shredder.
“Thanks, but where do the copies come out?”

* Bob Is Looking for a New Job

Bob Smith wasn’t happy about his job and decided to find a new job somewhere else. They always told him “NO“ when he asked for a job. It was because people knew him as someone who didn’t like working at all. He had a very bad reputation. One day the phone rang at his office. Bob did not usually pick up the phone but this time he did.
“Hi,“ said the man on the line, “I have an unusual question to ask you. I need some information about Bob Smith. He is applying for a position in our company. Do you know him?“
„Sure, I know him,“ responded Bob with a smile.
“Tell me,“ asked the man, “Is he a hard-working person? Does he always come to work on time?“
“Well, I’ll be honest,“ Bob replied, “ I’m not such a hard-working man, but whenever I’m here Bob is here!“

* The Ideal Woman to Marry

One day a friend asked Fred, “Why aren’t you married? Can’t you find a woman who will be a good wife?”
Fred replied, “Well, I’ve found many women I wanted to marry, but when I bring them home to meet my parents, my mother doesn’t like them.”
His friend thinks for a moment and says, “I’ve got the perfect solution, just find a girl who’s just like your mother.”
A few months later they meet again and his friend says, “Did you find the perfect girl? Did your mother like her?”
With a frown on his face, Fred answers, “Yes, I found the perfect girl. She was just like my mother. You were right, my mother liked her very much.”
The friend said, “So, what’s the problem?”
Fred replied, “My father doesn’t like her.”

Four expectant fathers are waiting in a hospital while their wives are in labor. The nurse comes to the waiting room and tells the first man, “Congratulations, you’re a father of twins.”
“What a coincidence,” the man says. “I work for the Minnesota Twins baseball team.”
A little later, the nurse comes back and tells the second man, “You are a father of triplets.”
“That’s really an incredible coincidence,” he answers. “I work for the 3M Corporation.”
An hour later, the nurse tells the third man that his wife has just given birth to quadruplets.
The man says, “I don’t believe it! I work for the Four Seasons. What a coincidence…”
When the third man says that, everyone looks at the fourth man who has just fainted. After a second, he opens his eyes and whispers, “Jesus, I work at Millennium Computers!”

Sherlock Holmes and Doctor Watson go camping. They put up their tent under the stars and go to sleep. Some time in the middle of the night, Holmes wakes Watson and says, “Watson, look up at the sky and tell me what you see.”
Watson says, “I can see millions and millions of stars.”
Holmes says, “And what does it mean, Watson?”
Watson replies, “Well, if there are millions of stars, and even if a few of those stars have planets, then it’s quite likely there are some planets like ours out there. And if there are planets like earth out there, there might also be life.”
And Holmes says, “Watson, you idiot, it means that someone has stolen our tent.”

A very drunk man gets home and starts to open the door but he is too drunk to do it. From the balcony, his wife shouts, “Should I throw you the key?”
“I have got the key,” he said, “Throw me the lock!”

A woman has twins, and gives them up for adoption. One of them goes to a family in Egypt and is named Amal. The other goes to a family in Spain, and they name him Juan.
Years later, Juan sends a picture of himself to his mum. Upon receiving the picture, she tells her husband that she wished she also had a picture of Amal.
Her husband responds, ”But they are twins. If you’ve seen Juan, you’ve seen Amal.”